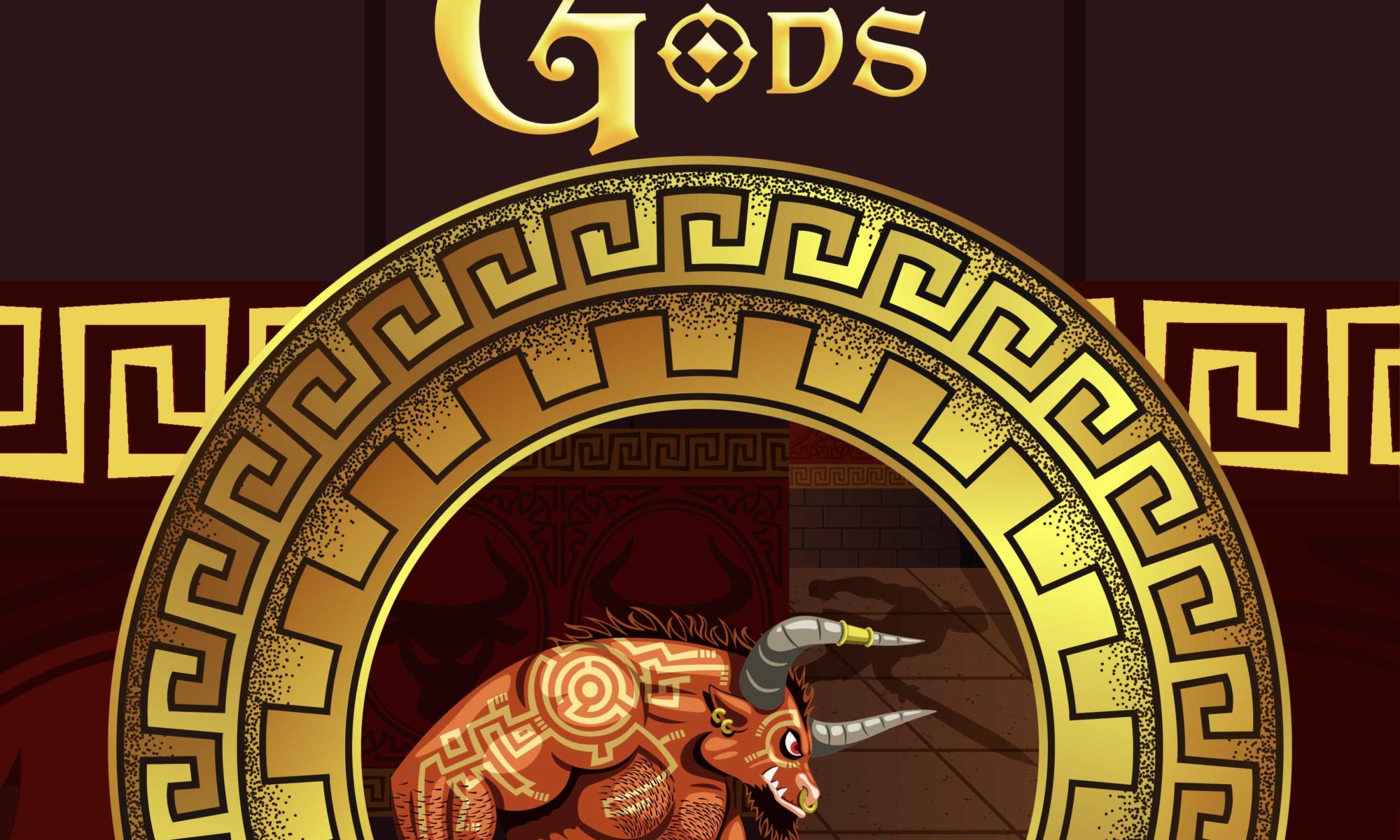 Grumpy Old Gods Volume 2 Mazes and Wine by Vanessa Wells
The Blurb:
Being caught in a labyrinthine basement with no way out is bad enough, adding a minotaur to the equation is just a recipe for the Monday from Hades. Even by Ariadne’s standards, it all adds up to a bad day at the office.

The Grumpy Old Gods are back in this second installment of mythyical fun. Read Vanessa Well's short story Wine & Mazes. Just another bad day at the office. Click To Tweet

When did you know that you could be a professional writer?

It’s a funny question. My kindergarten teacher took a look at one of my first stories and said, “You know, if you’d learn to spell, you could be a writer.”

That was probably where I got the idea. I wrote stories from the time I could read…. maybe three years old. And I made my parents watch plays I put together before that.

I’ve loved stories all of my life.

That doesn’t mean that writing good fiction came naturally or easily. I love Renaissance paintings as well, and I certainly can’t reproduce any of those. Loving something doesn’t mean that you are actually good at it.

But I always had ideas for stories. Big ideas. Small ideas. Characters that wouldn’t leave me alone. Dreams that begged to be converted into story form.

For many years, I’d write furiously so that I could get the story out of my head, and then I’d toss the things into a box in my closet.

Eventually, I buckled down and wrote my first book.

That sentence makes it sound so much easier than it was.

That book was three years in the making, and I nearly killed it in revision.

I eventually sent it to my dream publisher, and, as was the way of things at the time, resigned myself to a year-long wait. I wrote my second book while I waited.

Eventually, the book came back with a very nice rejection letter; one that had a few useful tips in it.

I had no idea how rare that was.

I certainly didn’t know, at that point that I could be a professional. I wasn’t even sure that I could write something that was good enough to be published at all.

I started hunting up information about writing. I found a course that I thought would help, but it was expensive. I put it on my wish list and left it at that.

I bought one of the author’s cheaper courses and was delighted by what I found inside.

When my birthday came that year, I’d mentioned the course to my parents, but never expected them to purchase it. It was expensive. And my parents are known for favoring gifts that are useful. Clothes, tools, how-to books, that kind of thing.

My parents surprised me with that course. How to Revise Your Novel. They saw that as a tool. Mytool.

That was the moment that I finally felt like I might be able – really able- to write for a living one day.

I took my first two books through the course, and, during the same time, started writing publishable short fiction that actually started selling.

But the first moment that I really thought, deep down in my soul, that I could do this? That was the day my parents gave me permission to simply be myself. They told me that they believed that I could do it…not in words, but with action.

Vanessa lives with her family deep in an enchanted forest (in Texas). Her hobbies include writing, drinking tea and coffee, reading, writing some more, and cooking. She battles daily infestations of plot bunnies…and dust bunnies, but that’s another matter entirely.

Vanessa is the author of the Seventeen Stones Trilogy, the Topeka Texas Chronicles, and the AREA 52 science fiction short story series. (Delta is coming September 6th!)

She is a contributor to the anthologies Adventure of Creation and Ye Olde Magick Shoppe, and editor for both Trick or Treat and Spirit, and co-editor for Grumpy Old Gods volumes 1& 2.

She is currently editing a new anthology called Grumpy Old Gods Volume 3 (coming in Fall 2019!) with Juneta Key and working on the next story in the AREA 52 series, Epsilon.