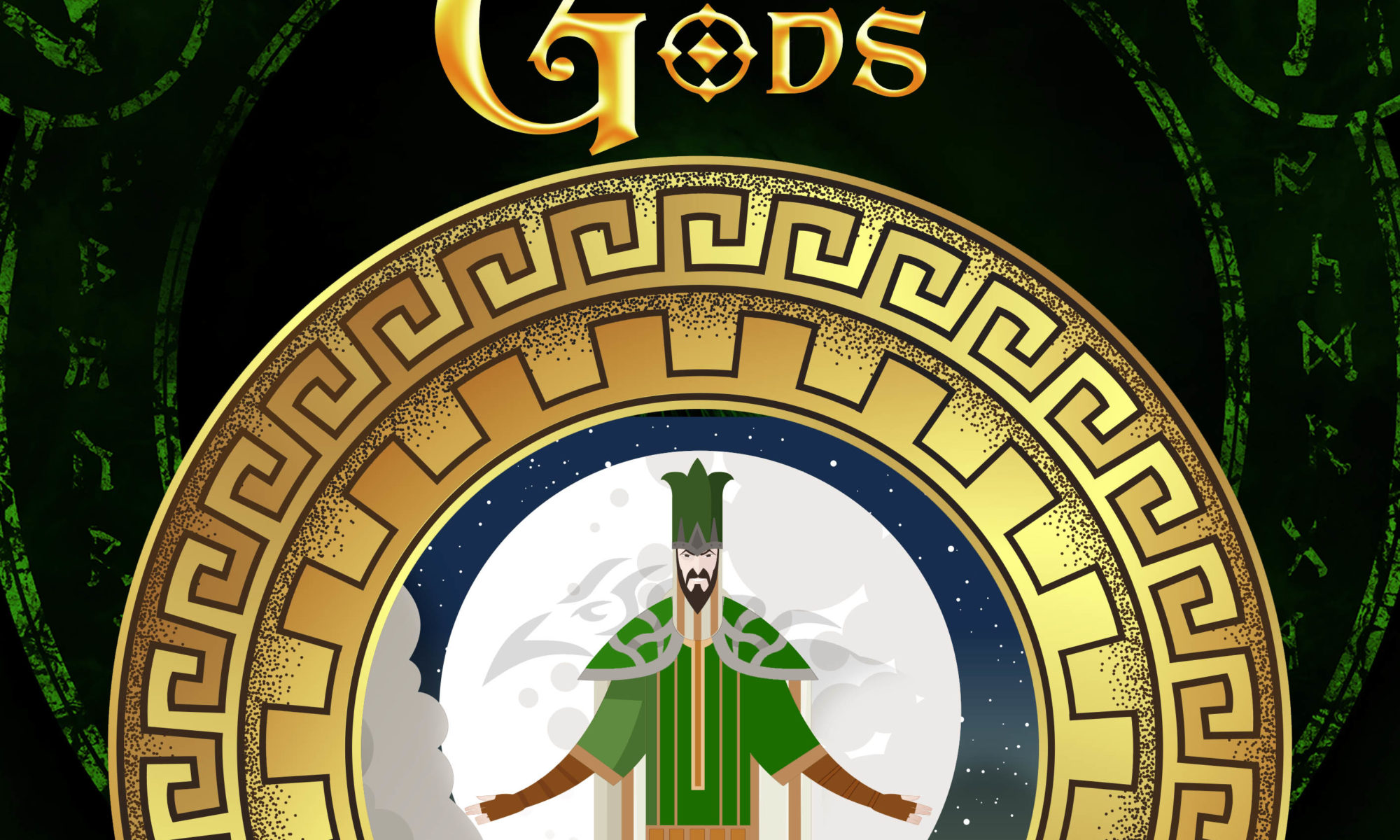 We’ve been looking forward to this since the very first Grumpy Old Gods.  We’re inviting you to submit your trickster stories.

We’re gearing up for Grumpy Old Trickster Gods (to be released April 1st).

Send us your best tales of conniving tricksters that are past their glory days, tricksters that find their mojo again after being retired.   We want to see the classic trickster trope: have them fearlessly playing pranks on the powerful – not picking on the weak.   If you get them in deep trouble, get them out before the end of the story.

We want the readers to finish each story with a grin.

Trickster myths are all about the canny and clever winning.  We want stories where they defend the less powerful from those who are in power: have them take on the IRS, the local homeowners association, a diamond smuggling ring, or Zeus when he’s being rapey.

In many cultures, tricksters are generally male, but we’re equal-opportunity editors, so we’ll take tricksters in any form they come in, though we’d prefer most of the stories to keep the trickster in human form for at least part of the story, because it works better with the modern setting we’re asking for.

Stories need to be 3000-4000 words and include a Grumpy Trickster God – preferably one that’s coming out of retirement, or planning to retire (though he’s not required to actually retire; the world needs the tricksters today more than ever).

We try to only use a god / goddess once per anthology, so please understand that if you choose to write about some of the better-known tricksters.  We expect a glut of Loki and Coyote.   Consider perhaps some of the other American Indian tales, or Anansi from African myths.   Use a less- well-known trickster like Prometheus (what would he be up to once he finally got down from that rock and recovered?) or someone like Pan who has a grand tradition of playing tricks on hapless mortals when they mess with his territory.

You could write a more playful, trickster take on some of the more morose gods: Hephaestus once trapped his unfaithful wife and her lover in what must be termed an epic prank…though I suspect Hermes might have been behind that plot.

In short, any god of any pantheon can be turned into a trickster.  All it takes is incorporating the classic ingredients for a trickster myth: those in power need to look foolish by the end of the tale, brains defeats brawn, and in this anthology, if the trickster has to pay for his naughtiness at the end of the story, do it in a way that leaves the reader feeling good.

Leave your reader grinning, or better yet, laughing.

As always, we love stories with a defined beginning / middle / end:  we want a twist at the end if possible.  Give us sparkling dialogue, fantastic characters, and stories we can really connect with.   Make us laugh.  And most of all – have fun writing it so your reader can have fun reading it.

The submission deadline is February 10th, 2020.

Required: Must Have Grumpy Old Gods V7 in the Subject Line of your email. This helps us wade through the correspondence tsunami and spot G6 among the hundreds of emails.

Must include a bio of the author (not that we’re going to judge anyone by their bio…it just makes putting the book together a lot easier if all the information is in the same place).  Include in Word doc.

Word Doc RTF format or PDF
(No Google Docs please, but we’re willing to work with you if you need to submit in a different format, just contact us!)  All info including BIOs, social media posts and links should be submitted in a Word Doc RTF format, not in the body of the email.

We get a lot of emails. We will not search through emails for the required information. Please include it all in a Word RTF doc attached to the email. You can include more than one Word doc. Label the emails, explain the information you are sending and how your social media fits with photos if you send them.

All authors who participate in the collection will receive an equal portion of the profit, paid via PayPal per the contract. None of the startup costs for the book (book cover, formatting, etc…) will be deducted from the proceeds.